The apartments are 915 square feet in size and have three bedrooms and two bathrooms. Each unit has two covered parking spaces with direct access to the lift lobby.

According to Peter Chow, deputy managing director of WCT Holdings Bhd, interest in Adenia has increased by more than 200 per cent.

He claimed that the new property will have a high market value because of its established urban location.

"Comfortable homes should no longer be a privilege but a given. Being one of the most urbanised countries in Southeast Asia, Malaysia is among the countries that have the fastest urbanisation rate. In 2020, 77.16 per cent of the country's population already lived in urban areas, depicting a rapid increase from a mere 34.2 per cent in 1980.

"Due to the rapid urbanisation process, people are struggling to own a house, particularly those of the younger generation, as they are likely to face challenges such as affordability and financial strain," he said in a statement.

Chow said that WCT sees a need to develop more affordable housing properties in light of the current situation and Adenia is an affordable property that caters to the needs of the middle-income society.

"Given the current state of the economy, it is pertinent that we continue to build affordable housing because it allows us to grow and provide our country with the homes it deserves. Inflation should not be the primary reason or challenge for anyone to be unable to afford a roof over their heads," he said.

Adenia is set to be completed in 2025 and will provide premium amenities to homebuyers. With urban facilities surrounded by beautiful greenery and landscaping, it will foster a modern lifestyle of convenience and connectivity.

Chow also said that the project was designed with safety in mind, as it is complemented by a variety of security features such as a 24-hour security patrol, Vehicle Access Control, and CCTV at the Guardhouse.

Adenia is close to well-known amenities such as medical centres, shopping malls, educational institutions, and commercial hubs in Bandar Bukit Tinggi 1 and 2, and this makes it a desirable place to live, he said.

Furthermore, it is only a five-minute drive to the soon-to-be-completed Johan Setia LRT3 station and depot, Chow said.

Adenia is also conveniently located near the KESAS Highway, the Federal Highway, and the New Klang Valley Expressway.

All of this, Chow said, makes Adenia an address that provides convenience, connectivity, and premium facilities at an affordable price.

He believes Adenia will appeal to homebuyers looking for a convenient lifestyle experience, particularly urbanites who value accessibility, facilities, and amenities.

"WCT Land places a premium on convenience and connectivity for homebuyers, and will continue to meet current demand," he said. 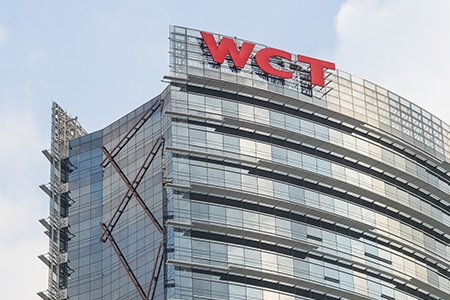 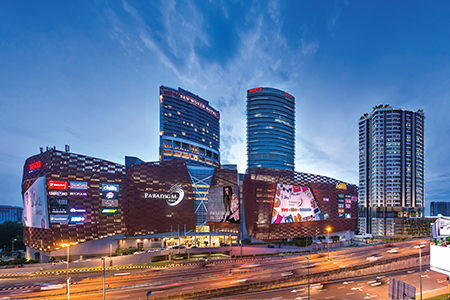